At 1 a.m., the forest is silent except for a nighthawk calling out to an unknown recipient. I turn on my lamp and listen to my dog’s sleeping breath. A captured bark beetle tries to escape my tent, so I unzip the front mesh. I crawl out with him. There are a few visible stars laced between clouds and the coniferous forest canopy. I crouch down and listen for movement. In the distance, a branch cracks. Even though I am unafraid of the dark, the hairs on my arms and the back of my neck rise. It’s a visceral response for our kind, with such poor night skills and carnivore wisdom.

In the morning, we find mountain lion tracks in fresh mud. The monsoon rains have rolled in across the limestone, across the sandstone escarpment, and through the canyons thick with pine. It is hard to distinguish forest floor from gorge. Alongside these prints are several small hooves, the presence of deer gathered near the mouth of the spring. I listen closely, but it is now morning and I am left with only evidence. The lion is long gone. She won’t stay close to the road, with its morning rush of ATVs and trucks loaded with anxious boys and their guns. The deer girls are scattered across the hills, perhaps missing a fella or fawn. I’ll have to be content with my journal and notes, and imagination.

The following night unfolds in a similar orchestra. The mountains create an illusion of silence, of stilled activity. My city ears haven’t adjusted to their music. I strain to hear the slightest conversation between cicadas – or the complaints of skunks meandering through our make-shift comforts. At 1 a.m., that magic hour, a single coyote opens the night with her bloodied ballad for the crescent moon, for her mates – just one coyote singing solo, waiting for response. I can finally sleep.

The next morning, we find more tracks and, beside the picnic table, a  dead junco – in perfect form, as if it had been gently placed on the ground by some benevolent force – small mercies for tender prey. 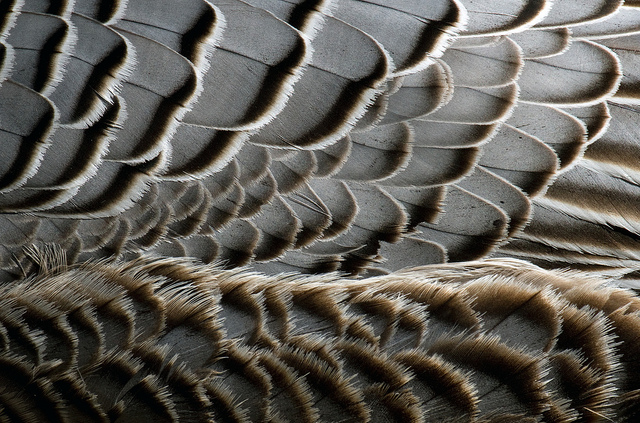 It’s 10 p.m. in Phoenix. The towers lean over the backyard as I wait for my dog to pee. The July storms tease with their dust clouds. I say a silent prayer for the storms to finally move through. Next door, in an empty lot, a group of homeless men light a fire in an abandoned porch. Cops circle. Helicopters take critical cases to the hospital on Thomas. No matter what I do with white noise, drugs, deep sleep, meditation, the noise never ceases. I strain to find the silence between adagios. I wait for the rain to drive back the life; to quell whatever bravado lives beneath the desperate walls and hungry bellies. 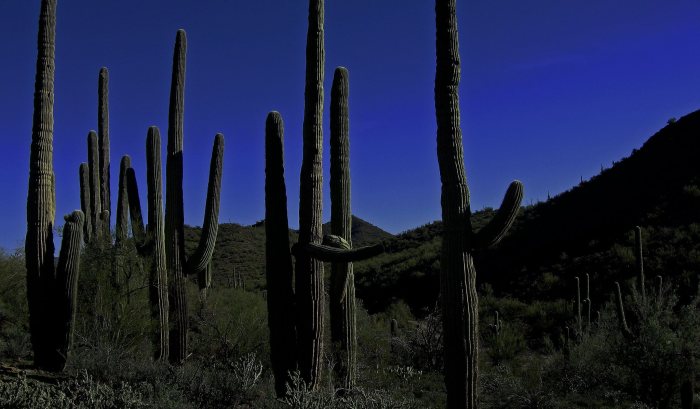 I met a guy who swore he’d seen a wolf in the Prescott National Forest. I knew what he’d likely seen was a large coyote. He showed me a picture of a coyote. Instead of telling him the truth, I just nodded and asked him what he thought of it. Naturally, it changed my life, he said, emphasizing naturally.

Another friend claimed her spirit is that of a fox. She has collage of photos of various foxes above her bed: kit fox, red fox, grey fox, and an odd interloper of an Arctic fox, her cool white fur moving invisible with the Ontario snow.

Above my desk, I, too, have an image of a fox. A desert kit fox I saw while gazing at the spirals and dancing bighorns etched onto rock panels a few thousand years ago. The fox appeared as I was about to embark on a long drive across the Colorado desert of Southern California. It was already 95 degrees at 9 a.m.. The air snapped with its own fury.

On the Mogollon Rim, the surrounding mountains appear as a tintype, a patina. The view of ridges and monsoon clouds frame everything in a dripping emerald and smoke-grey. I walk with my dog out to the edge and find a burnt tree stump to sit on. The landscape has been singed – recently, perhaps a few years ago. Fire rings polka-dot the grasses. Crushed, faded Bud Light cans form an odd little narrative to the pilgrims who come here to escape the heat, caring little for the place itself, or the thousand year old stone flakes marking other arrivals and departures.

These days my mind is equally singed –  scarred with too many worries about paying bills and finding a home. It makes no sense to consider these things here. Fatalism settles into my bones. Two years of chronic worry about the why of things, but I am no closer to knowing. Two years of death, loss, situations that burned everything down to bare sinew and nerve. Being here, I ask myself if I am willing. Will I set more years to blaze? Years that will be no more meaningful than a bird falling sudden on the soft dirt floor.

Over the side of the escarpment, a crow is being chased by a stormtroupe of swallows. His protests meet the distant thunder.